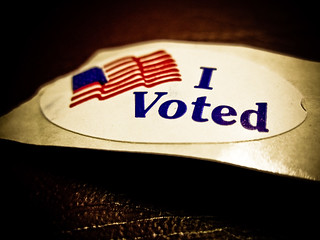 I’d hoped to write more here about the candidates, issues and conversations in this primary election, but here we are on the eve of Election Day…so this post will be a roundup of some of the great information that’s out there.

The most important thing is that if you haven’t already voted, you really should do that tomorrow. The polls are open from 6 AM to 6 PM  and it should only take a few minutes of your time. As of today only about 1,500 people have voted, which means every new vote cast has a huge amount of weight in deciding who will be our next Mayor and our next representatives on Common Council and the RP&L Board.

If you’re just now starting to take a look at your options, WCTV and the Palladium-Item have put together what seems like an unprecedented amount of coverage given that it’s “only” a primary election:

In some cases, we probably haven’t heard enough detail or substance from candidates, but it’s not because they haven’t been given the chance; maybe it’s just hard to have a meaningful debate in a politically charged competition. Whatever the case, it’s still the responsibility and privilege of voters to make a choice based on what we know now.

If you can vote and feel reasonably well educated about the candidates, please vote. Richmond deserves an engaged and concerned electorate, and this election may be a turning point in the future of the community.